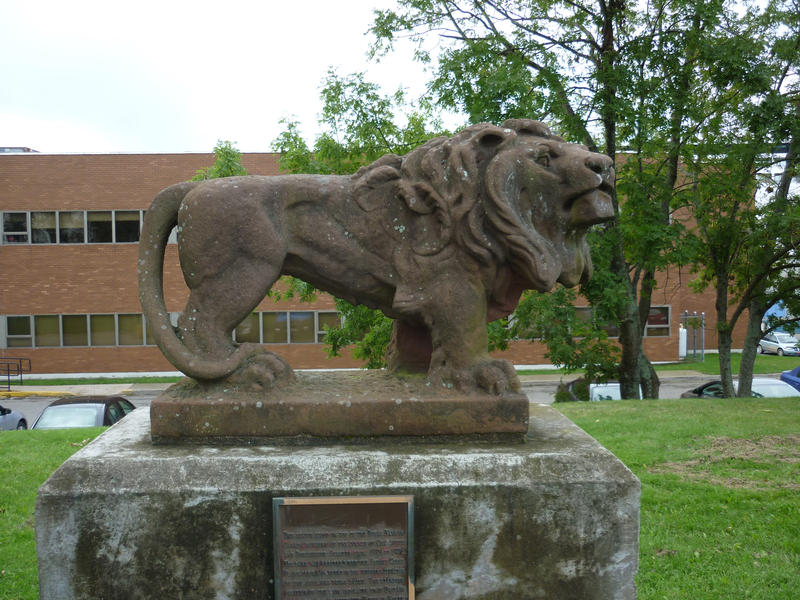 6744 Lion statue of the Royal Bank, Nova Scotia - this image by silvervoyager is licensed under a Creative Commons Attribution 3.0 Unported License.